Drip, drip, drip little April showers… or so the rhyme goes. But does it actually rain more in April? We’ve been doing a little bit of digging to find out if April showers are fact or fiction…

We all know showers happen all year round. Let’s face it good old Blighty has never disappointed when it comes to a bit rain - great for our outdoor plants, but not so good if you get caught in it brolly-less.

And as it turns out April showers are real. In fact, mid-April, when we have the first of our longer days and strengthening sun, is the time of year they are most common of all.

So, why is this the case?

Well, you know the saying: ‘March winds and April showers bring forth May flowers’?

The answer lies in where April fits into the seasons. It’s right there in the middle. April is a transition month. We’re starting to see an end to the long, cold winter days in April, and the ‘jet stream’ - which is a band of strong winds - begins to move northwards. The chilliness of the dark months is replaced with warmth and light, but so too is low pressure and, as a result, the skies open.

But it isn't just low pressure that results in showers, they can also develop due to daytime heating.

In April the land starts warming up from the strengthening sun, however the sea takes a lot longer to warm up simply because it finds it harder to hold onto heat. And after it’s spent all winter cooling down it takes a little while for it to set the temperature gauge in reverse.

So, we have a warming land, cold seas and add on to this a cold atmosphere above we are left with conditions ripe to grown showers. During the day the sun heats the ground, warm air rises, as the air rises it cools and condenses and eventually a cloud will form.

This cloud is the fluffy cloud we often see and is known as a ‘Cumulus’ cloud and means heap or clump in Latin.

As the air rises, more air rushes in from the surroundings (cooler seas) to fill the ‘gaps’. It’s this constants supply of air being warmed and condensing that produces lots of clouds that grow bigger and bigger. On top of this cool air aloft from winter means the air is more unstable and enhances the development of these shower clouds.

During summer the whole atmosphere warms this creates more energy, and this is when we see bigger more intense showers with hail and thunder more common.

So how much rain do we get in April?

You might be surprised to know though that even though April showers are real, April isn’t actually a very wet month. That’s because there’s a difference between true rain and showers.

Showers are sporadic bursts of rain coming from individual cumulus clouds and rarely last for more than a few minutes - not like the winter downpours we know can last for hours and hours.

In 2020, Statista recorded 121.7mm of rainfall in January, compared to just 29.1mm in April. And in August of the same year, the rain gages registered 120mm. September, October, November and December 2020 all clocked higher rainfalls than April.

So, there you have it. There is some truth to that old weather lore. April does tend to be a showery month, and the warmth of May soon follows, bringing the familiar colours of the UK spring we love so much.


Get your hands on our April FREEBIE! 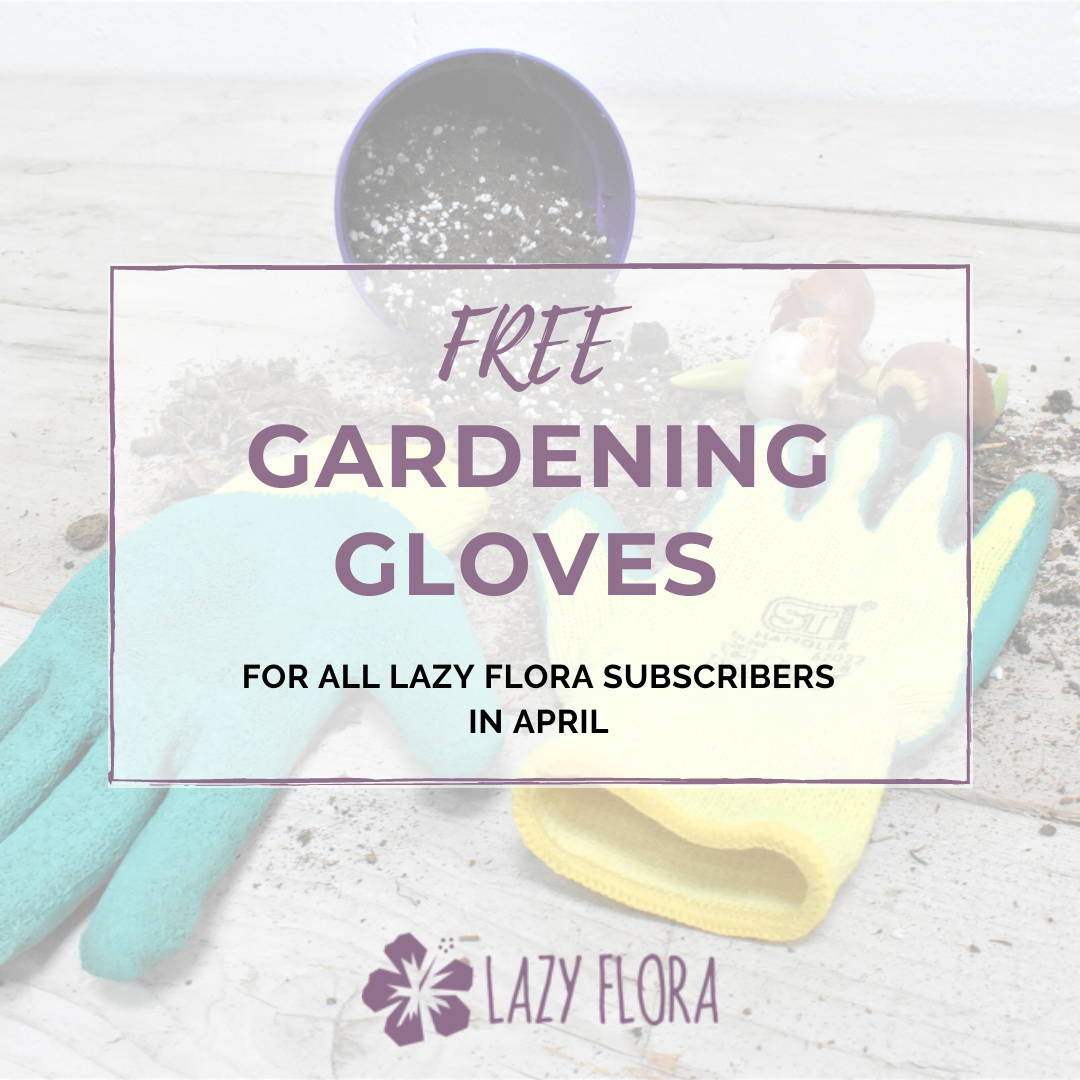 This month we are treating our subscription customers to a pair of gardening gloves. It’s a little present from us to you to say thank you to our valued subscribers.

It’s always a good idea to wear gloves when working with soils whether that be for indoor or outdoor plants. Compost, straight from the bag, can cause skin irritations with some gardeners. Open garden soil is packed with many types of organisms that are best left in the soil and not on your skin.

Next month there will be another little gift, a seedbox. The seedbox contains 6 Butterfly mix seed balls as well as instructions on how to plant, grow, and admire them all summer long.

How to care for your Silver Lace Fern

How do I care for my String of beads?

View our indoor plant boutique   String of beads is a unique and quirky, cascading succulent that’ll be a highlight of ...