🆕 Customise your plant deliveries 🚚 FREE shipping on all orders over £50! 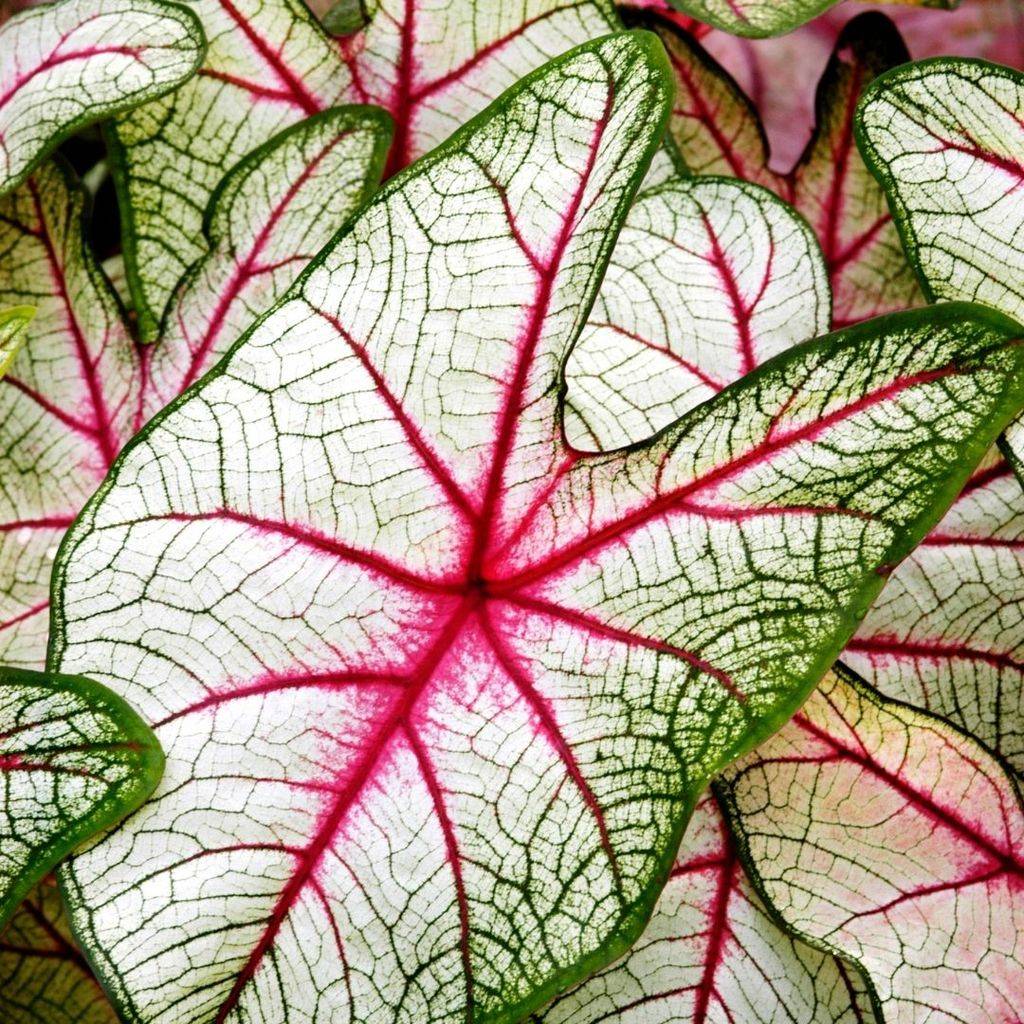 View our new range of Caladiums

Caladiums are some of the most spectacular foliage plants you can find anywhere. They are stars of the show on Instagram (especially the white ones, which actually look like they might be made of paper and are a particular showstopper).

Whilst they're hugely popular in the US, I'm actually amazed that they aren't already more popular in the UK - perhaps we can start a Caladium revolution this summer. Despite their impressive appearance, they're a really easy and rewarding plant to keep. In the summer, you are rewarded with masses and masses of bright and bold leaves that just keep coming, and in the winter, just pop them in a darker corner, allow them to dry out and forget about them until spring!

My biggest problem with Caladiums is deciding what colour leaves I like the best, which always leads to the dilemma: just one more plant! :-s

Caladiums are native to tropical forests of South and Central America that have very clearly defined wet and dry seasons.

Light and position in the home

They grow on the floor of the rainforest and love bright, indirect light or partial shade, no direct sun thank you.

Surely, these have to be some of the brightest and most spectacular leaves in all of nature. What other plant has such vivid varieties in red, pink, green, white, and every possible combination of them too? The leaves are clearly the main attraction, but of course they can produce flowers too, which look a bit like arum lillies.

Caladiums need warm, moist soil so they aren't suited to growing outdoors in the UK, except perhaps during the height of summer. Aim for temperatures around 20 degrees Celsius and this plant will be happy!

Moist and humid is the mantra with Caladiums, at least during summer! They thrive in high humidity and likes its soil to be constantly damp (but not soggy!) during summer. But during autumn/winter you need to stop watering and let it dry out completely until the following spring.

Caladiums are bulbs, and should be allowed to go dormant during winter, so don't panic when all the leaves disappear - it's doing its thing! When you water it again in early spring, you will be greeted with a flush of brand-new leaves each year.

This plant is toxic to cats and dogs.

View our new range of Caladiums How to prepare your garden for Autumn Planting up guide to the September Outdoor Collection How to care for your Ponytail Palm

Read More
Back to News